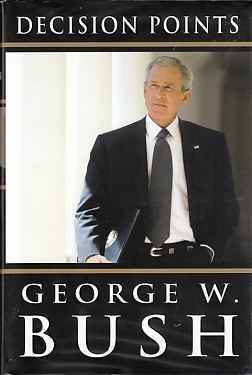 Signed by President Bush on Presidential bookplate attached to end paper. Looks new. Bush was the 43rd President of the United States from 2001 to 2009 and the 46th Governor of Texas from 1995 to 2000. The eldest son of Barbara and George H. W. Bush (the 41st President of the United States), he was born in New Haven, Connecticut. After graduating from Yale University in 1968 and Harvard Business School in 1975, Bush worked in oil businesses. He married Laura Welch in 1977. Bush was both one of the most popular and unpopular presidents in history, having received the highest recorded president...
View More...