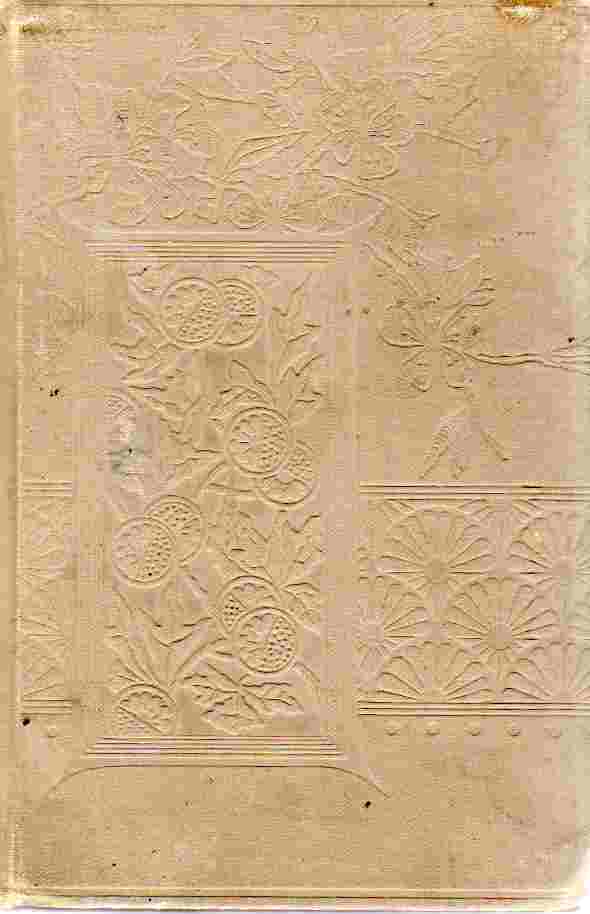 The creed of all men,

Original 1882 edition not a reprint. Grey cloth cover. Slight foxing. Part 1 The Truth of Christianity was never denied, Part 2 The principles of Christianity were never objected to. Rev. Abbey preached a sermon with these two parts and the Methodist asked him if they could publish. So he allowed them. Scarce. We provide delivery tracking on US orders. ; 24mo 5" - 6" tall; 93 pages
View More...

The Missionary Convention at Jerusalem; Or and Exhibition of the Claims of the World to the Gospel

Green cover with stamped design. Foxing. An early defense of missions as a tool for evangelization. Author was an early missionary to China very rare book. We provide delivery tracking on US orders.; 12mo 7" - 7½" tall; 24440132 pages
View More... 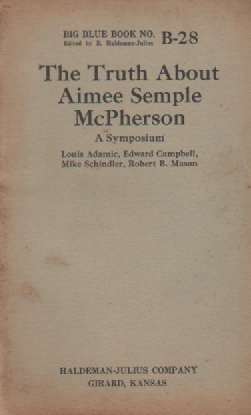 Paperback booklet has tan cover black print. Former owners name in front. Cover shows soiling, contents clean. Paper yellowing due to age. Published articles by author and Edward Campbell, Mike Schindler, and Robert Mason exposing Aimee as a fraud. " Aimee Semple McPherson (October 9, 1890 – September 27, 1944), also known as Sister Aimee, was a Canadian-American Los Angeles–based evangelist and media celebrity in the 1920s and 1930s. She founded the Foursquare Church. McPherson has been noted as a pioneer in the use of modern media, especially radio, and was the second woman to be gra...
View More... 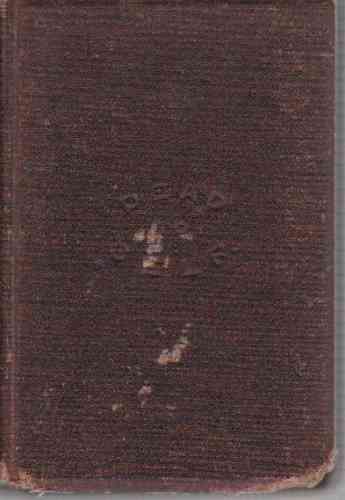 The Sabbath of Life

Brown cover with gold lettering. "Dead to Self" is engraved on front cover. Cover shows extreme wear especially at extremities. Bottom of pages at spine are very worn. Pages yellowing due to age. This author seems to be anti-establishment (anti-secterian) when it comes to organized church. He quotes Madam Guyon and others. Contents clean. Rare.; 1868
View More... 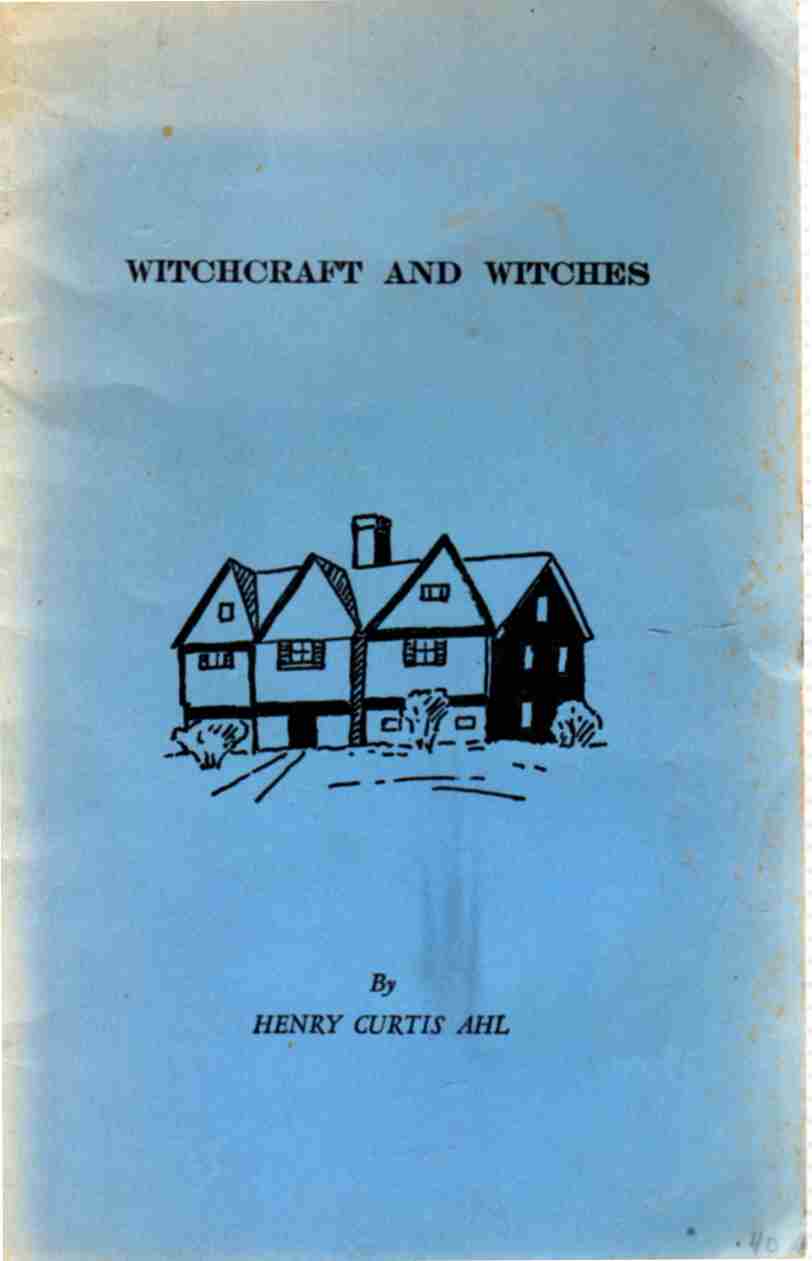 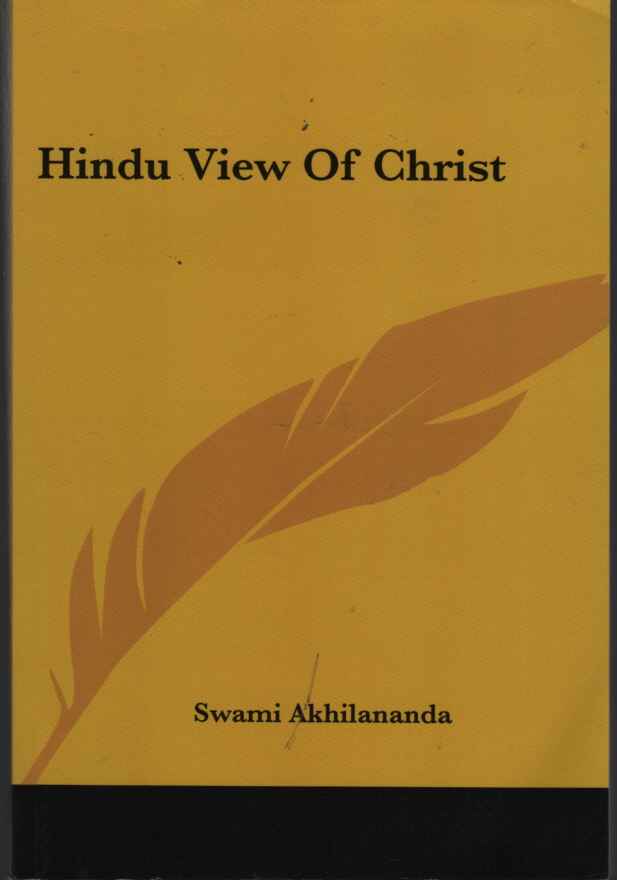 Condition: Near Fine with No dust jacket as issued

Reprint of 1949 edition. A master religious teacher and wise, compassionate thinker assimilates and reinforces the life and work of Christ from a basis in Indian religious tradition and experience. A great concentration of learning that can answer spiritual questions, provide credible guidance, and continually refresh a person who wants to experience and maintain fruitful connection with the divine. (Review) ; 8vo 8" - 9" tall; 296 pages
View More...

Bedouin Love, Law and Legend Dealing Exclusively With the Badu of Beersheba 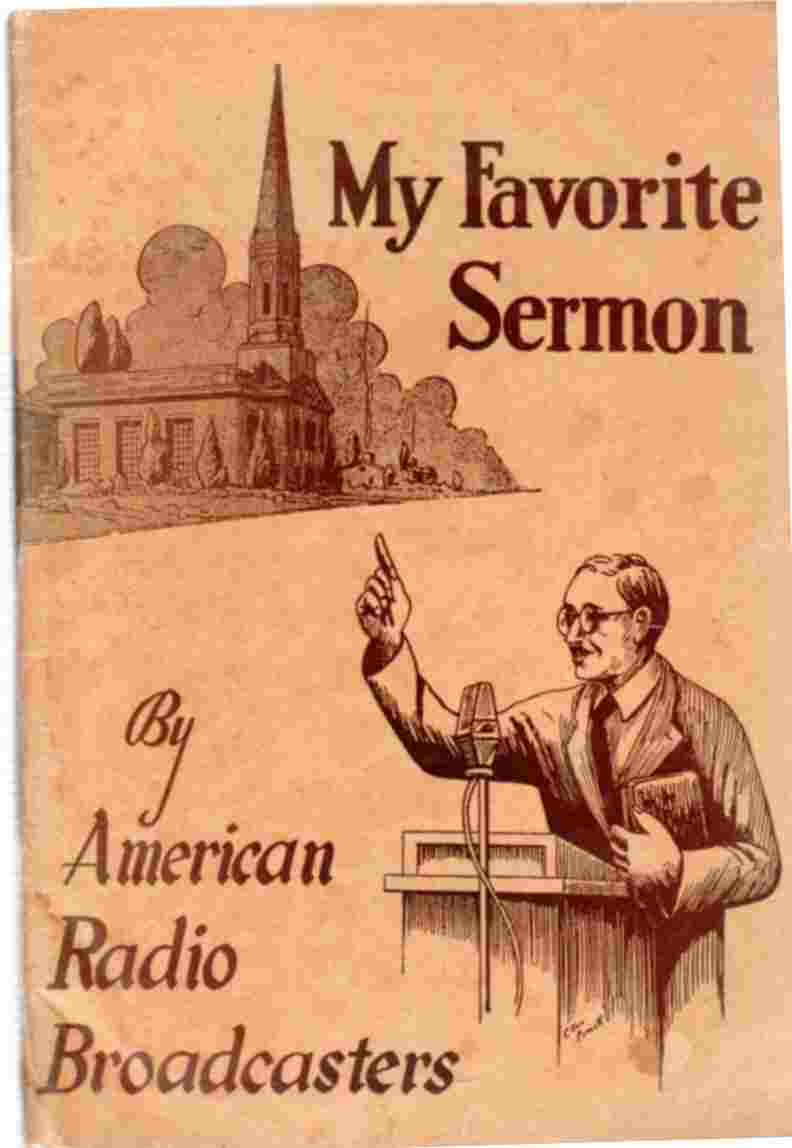 The Doctrines and Discipline of the Methodist Episcopal Church

By: Andrews, Bishop (edited by)

Edited by Bishop Andrews. Black cover, gold print. Clean Contents. Contains nine parts with many chapters. "We believe that God's design in raising up the Methodist Episcopal Church in America was to evangelize the continent and spread scriptural holiness over these lands." (from the Episcopal Address). ; 1892; 12mo 7" - 7½" tall; 352 pages
View More... 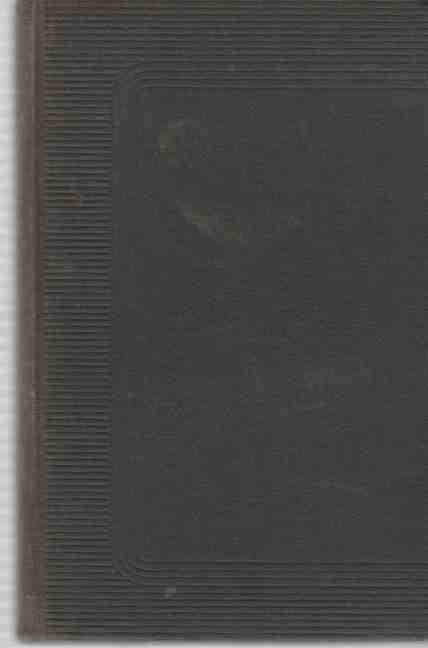 The Doctrines and Discipline of the Methodist Episcopal Church (1892)

Memorial sketches of the lives and labors of the deceased ministers of the North Alabama conference, Methodist Episcopal church, South 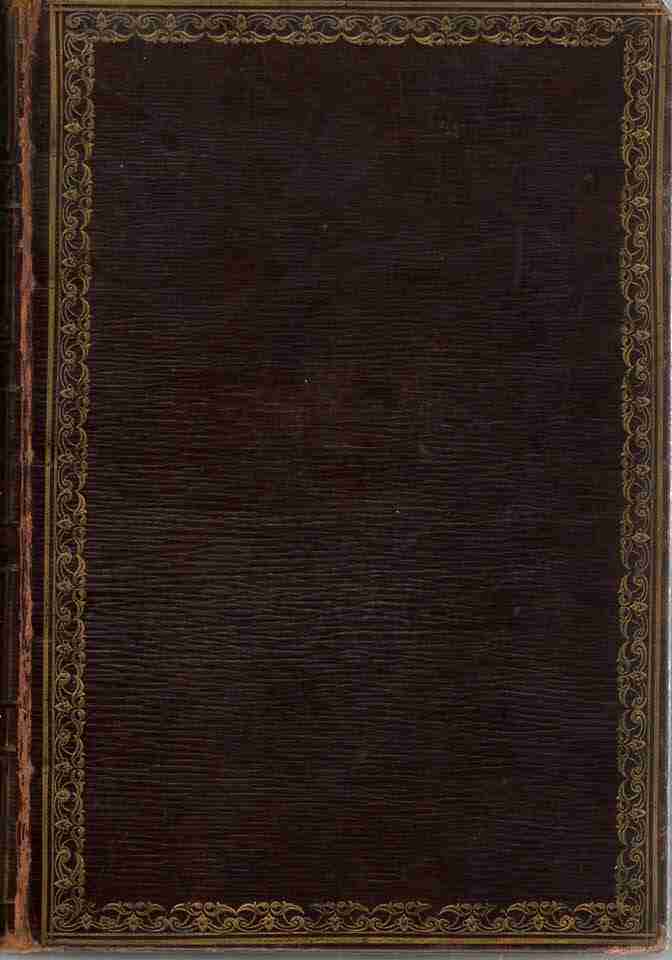 Book of Common Prayer, and Administration of the Sacraments, and Other rites and Ceremonies of the Church, According to the use of the United Church of England and Ireland.illuminated and Illustrated with Engravings from the works of the Great Painters

Maroon leather hard bound with gilt decorative edge on cover and gilt design on spine. Gilt page edges all three sides. Worn at edges and where boards attach to spine. Title page in red and black surrounded by an ornamental gilt border, each page chromolithographed in red and black with ruled borders, decorative designs, initial letters, and with vignette illustrations and full-page chromo plates highlighted in gold. Marbled endpapers. Some foxing to pages. Engravings throughout and beautiful illuminated borders to many of the pages along with colored scripts and designs. ; B & W Photos, Co...
View More... 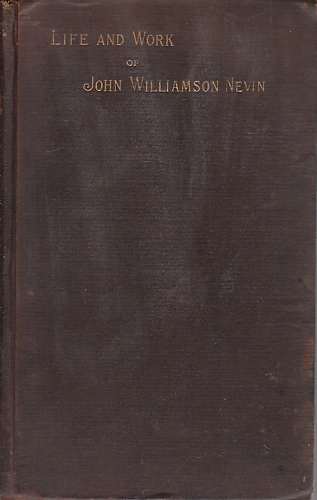 Original printing not a reprint. Black cover with gold print. Contents clean and tight! Fully Indexed. Cover has spots, corners dented, and fraying to top and bottom of spine. We provide delivery tracking at US orders. Rare. ; 776 pages
View More... 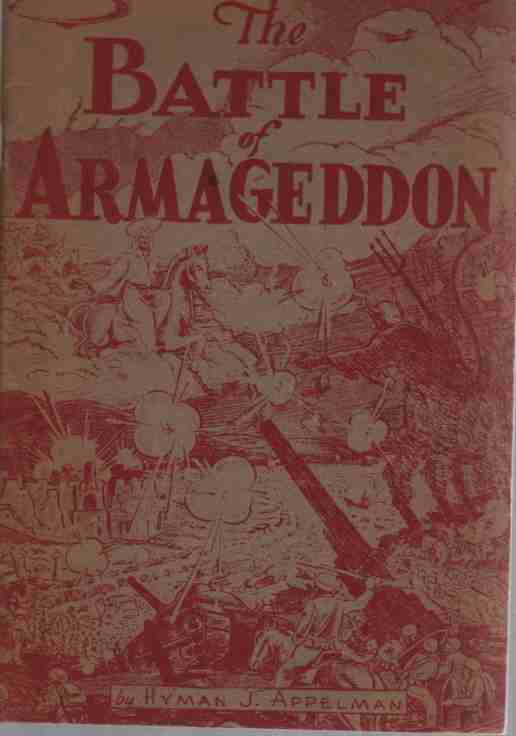 Red lettering and drawing on cover of Christ returning on white horse. Clean contents. Paperback may indicate a booklet, phamplet, tract or book.Hyman Jedidiah Appelman was born on the banks of the Dnieper River in White Russia of Orthodox Jewish parents. Hyman arrived in America with his mother and three younger brothers in December 1914. Hyman knew Hebrew, and had a fair command of German, Russian, Yiddish and Polish. He enrolled in the public school in Chicago. Despite the handicap of learning a new language he went through the first eight grades in two years.Eventually he enrolled at Nort...
View More...

The Broadway Pulpit The Two Faces Of Anger

By: Armstrong, James (Sermon by..) 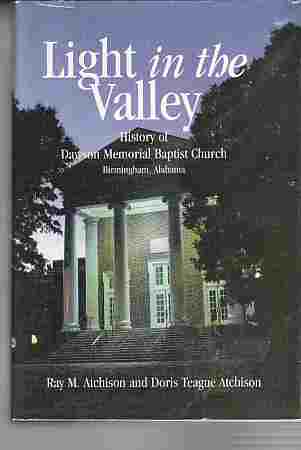 Light in the Valley History of Dawson Memorial Baptist Church

The colorful history of this Baptist Church in Birmingham Alabama that grew from 7 members to over 7,000. Many photographs, surnames, maps, etc. Dust Jacket now in Mylar Protective Cover. Beautiful scarce collectors grade copy of this book.
View More...

Everybody's Not Doing It

Red cover with white and black print. This booklet is protected by an archival quality sleeve to maintain present condition. Booklet Paperback may indicate a booklet, phamplet, tract or book.; 16mo
View More... 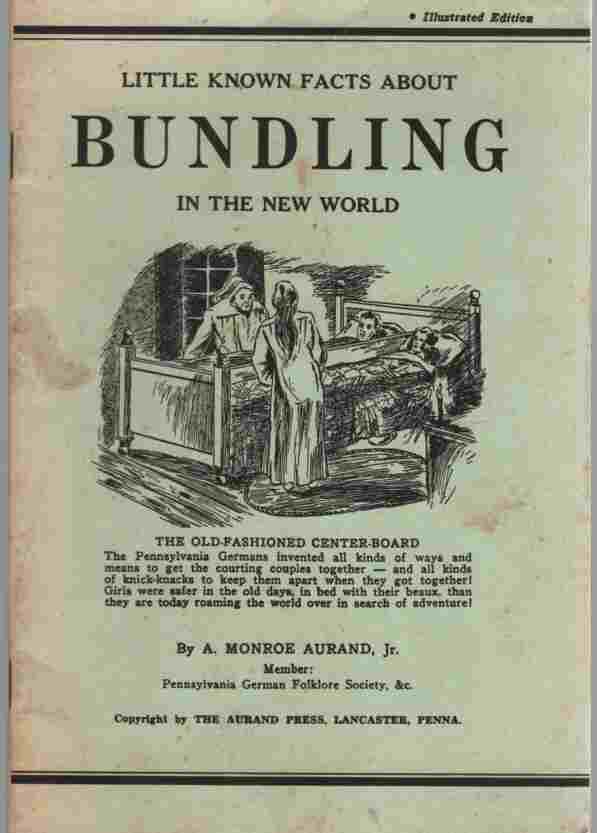 Little Known Facts About Bundling in the New World

Condition: Fine with no dust jacket

This booklet is protected by an archival quality sleeve to maintain present condition. We provide delivery tracking on US orders. Paperback may indicate a booklet, phamplet, tract or book.Bundling, or tarrying, is the traditional practice of wrapping two people in a bed together, usually as a part of courting behavior. The tradition is thought to have originated either in the Netherlands or in the British Isles and later became common in colonial United States,[1][2] especially in Pennsylvania Dutch Country. Some Nebraska Amish may still practice it. When used for courtship, the aim is to allo...
View More...