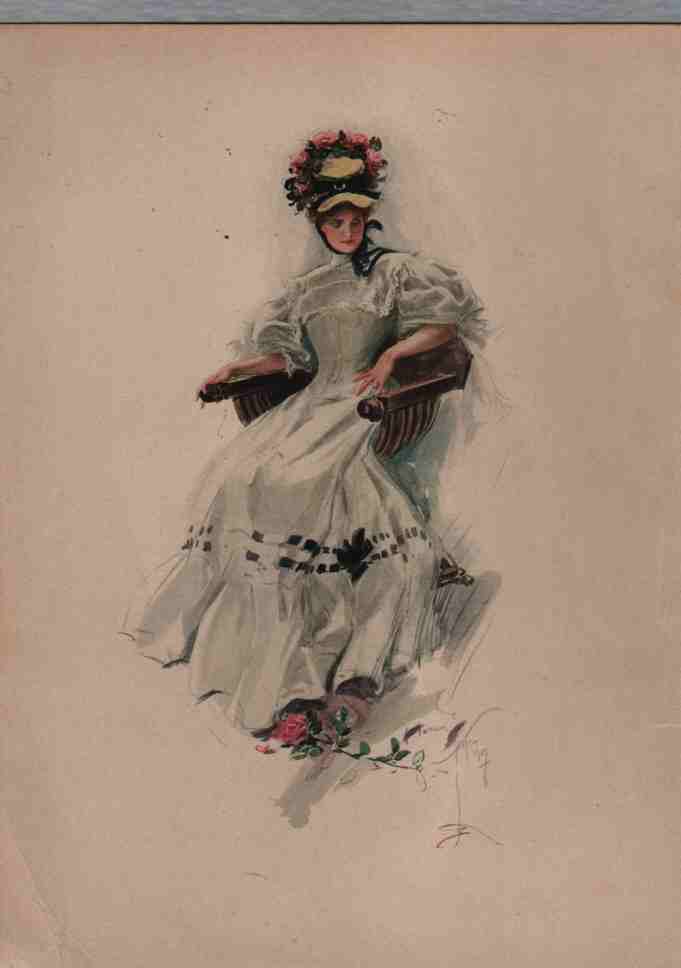 Signed by Fisher with his distinct style. Has backing board suitable for framing. Harrison Fisher (July 27, 1875 or 1877 – January 19, 1934) was an American illustrator.Fisher was born in Brooklyn, New York City and began to draw at an early age. Both his father and his grandfather were artists. Fisher spent much of his youth in San Francisco, and studied at the San Francisco Art Association. In 1898, he moved back to New York and began his career as a newspaper and magazine illustrator. He became known particularly for his drawings of women, which won him acclaim as the successor of Charles Dana Gibson. Together with fellow artists Howard Chandler Christy and Neysa McMein, he constituted the Motion Picture Classic magazine's, "Fame and Fortune" contest jury of 1921/1922, who discovered the It-girl, Clara Bow. Fisher's work appeared regularly on the cover of Cosmopolitan magazine from the early 1900s until his death. In archival sleeve to protect present condition ; Prints; Print; 8vo 8" - 9" tall; 1 pages; Signed by Illustrator 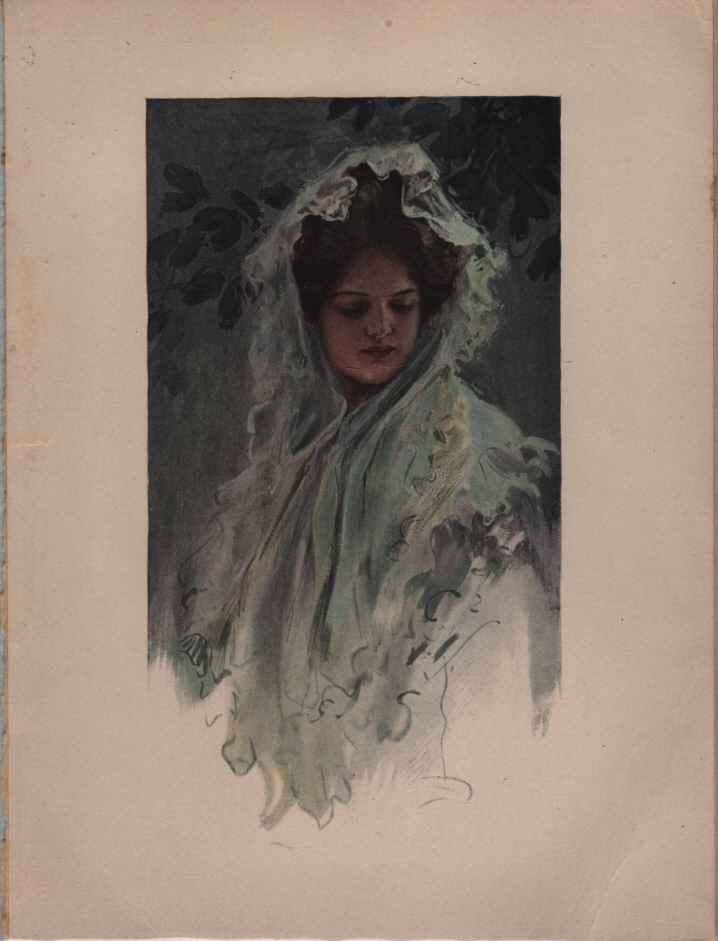 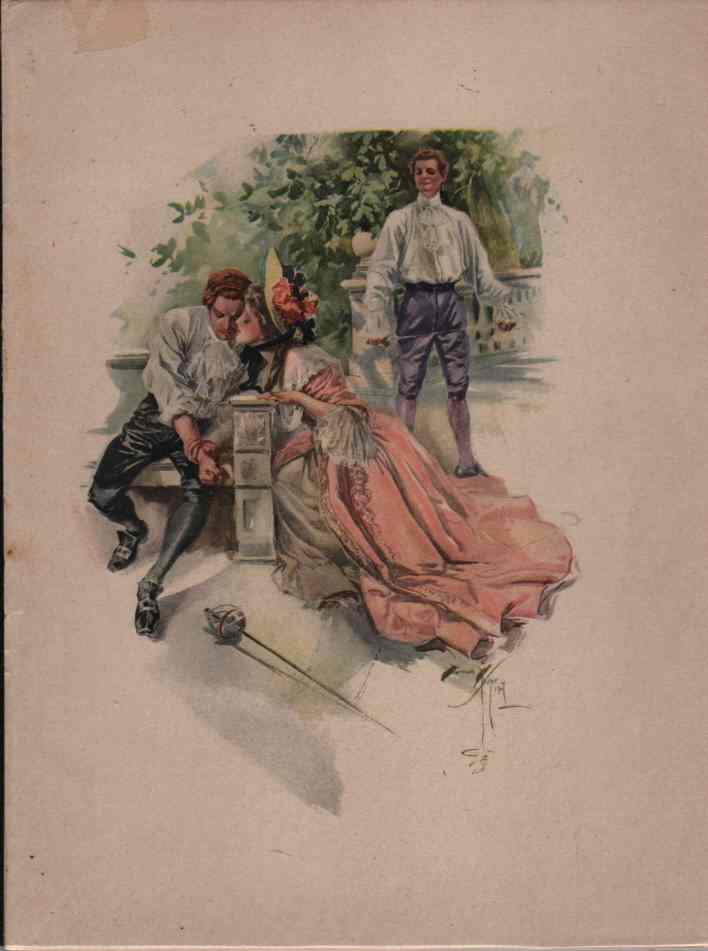 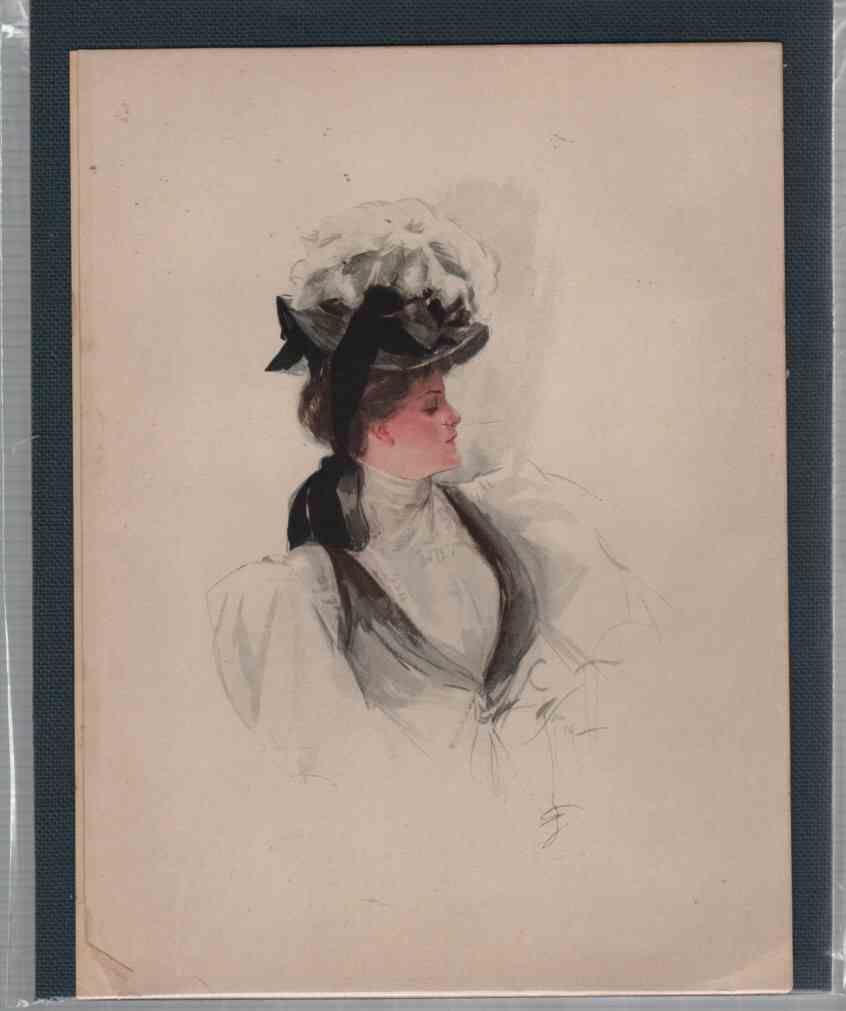 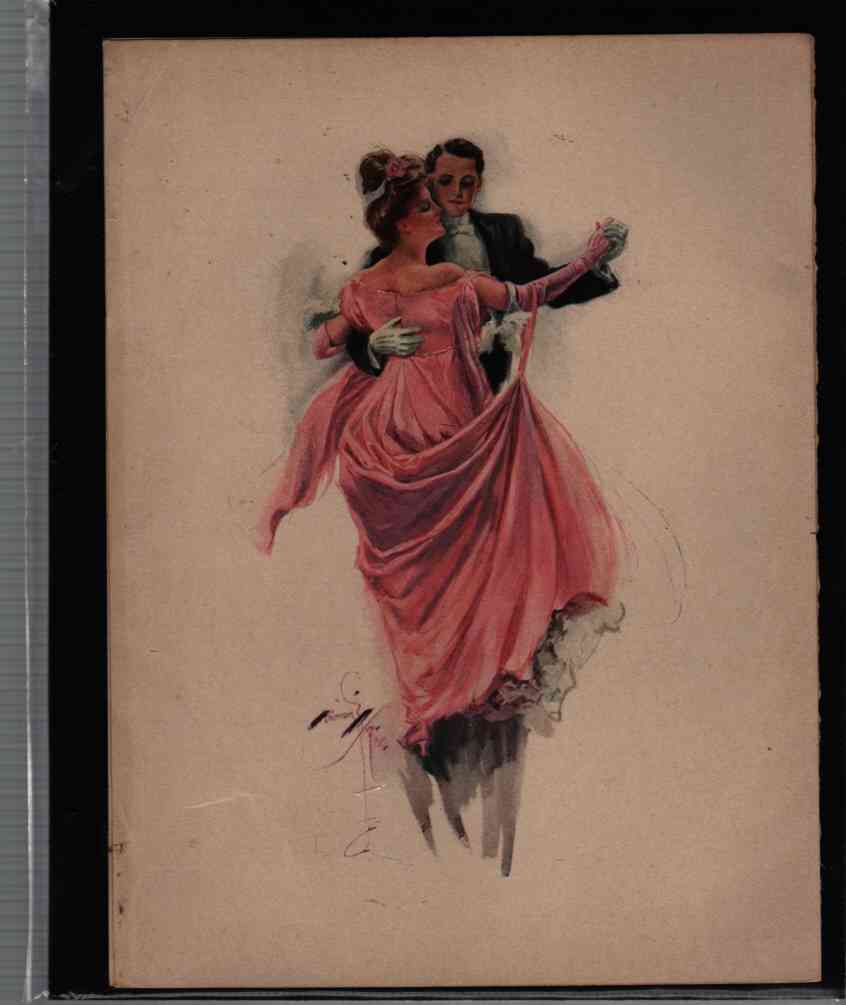 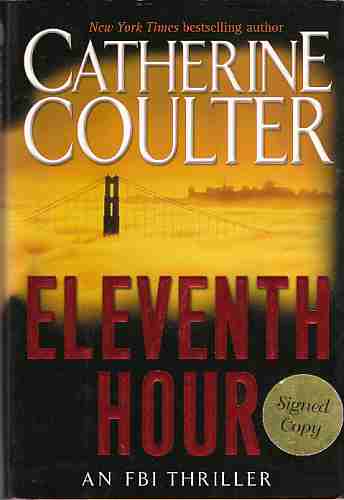